get to know the 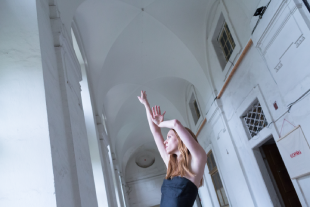 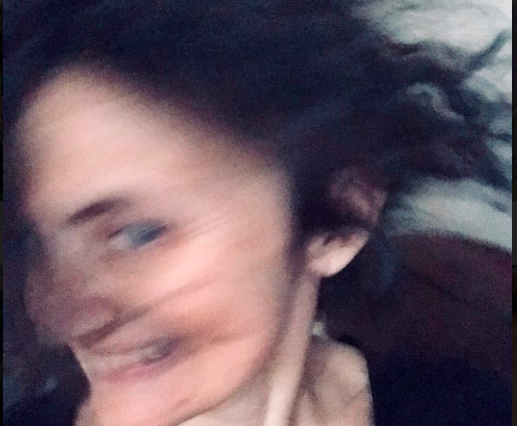 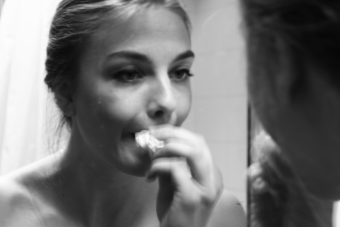 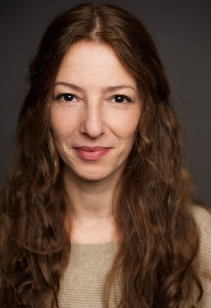 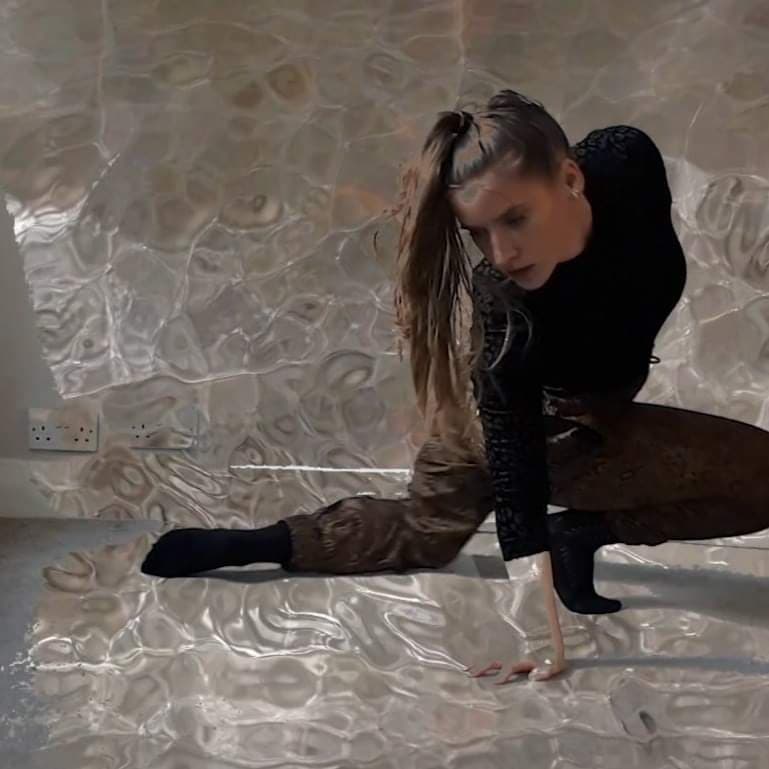 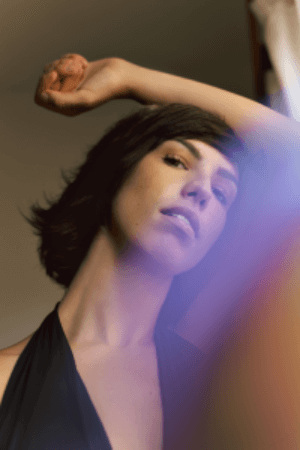 Becka McFadden is an artist based between Prague and London. She has collaborated with LegalAliens for over a decade, directing the company’s productions of Closed Lands (VAULT Festival), Poker Face (Voila! Europe Festival, King’s Head London, Italian tour) and The Return (Camden Fringe, St. James Theatre Studio, London). As founder and artistic director of Beautiful Confusion Collective, Becka creates contemporary performance work on the borders of dance, theatre and live and visual art for theatres and non-conventional spaces. Projects include stories of the present war, a live puzzling out of complex matters inspired by an archive of family letters from WWII; Movement/Architecture, series of projects addressing the body’s relationship to built space; and BackStories, a solo for the spine and its secrets. She is currently rehearsing Vertigo Variations, a meditation on physical and existential vertigo inspired by Hitchcock’s 1958 film to premiere at Prague’s Venuše ve Švehlovce later in 2021 and developing Black Dress, a new solo about the construction of gender and the act of getting dressed.

Becka’s work has been supported by the Czech State Fund for Culture, Artist’s Life Foundation, Arts Council England and the University of London and has appeared at Prague Quadrennial, Being Human Festival, Brighton Fringe – Space to Dance Award Nomination, Living Record Festival, Open Air Program, and Zero Point Festival, as well as venues in the UK, Czech Republic, Italy and Greece. She also collaborates with Depresivní dětí touží pro peníze (Happy End in Hotel Chateau Switzerland), The Counter Institute and Prague’s Pink Bus platform. Becka holds a PhD in Theatre & Performance from Goldsmiths, University of London and an MA in Theatre from Villanova University. She translates from Czech to English and collaborates regularly with the Czech Arts and Theatre Institute on international projects and publications. Her research has been published in The Routledge Companion to Dance Studies, Performance Research and Dance, and Theatre and Performance Training. In a previous life, Becka worked in higher education, where her teaching explored the intersection of movement practices with writing and visual art in the studio, a way of working that she continues to develop and share. Becka’s work is guided by equal amounts of intuition and rigour and a desire to embrace complexity.

Lara Parmiani is founder and Artistic Director of LegalAliens. She struggles defining herself as one thing. She is an actor, dramaturg, producer, writer, drama teacher, workshop leader, occasional director, voice over talent and voice coach and apparently this is NOT a good thing when writing a CV!

Lara holds a MA in Dramaturgy from Universita’ Cattolica Milan and has collaborated dramaturgically on most of the shows produced by LegalAliens Theatre. She also leads their workshops for migrants and refugees and has directed the community pieces Who Am I and Extracts from Genesis.

Lara won’t bore you with her voice over credits. They will take the whole page and you’d be going “oh can you please do that character for me?” which drives Lara mad. She isn’t a juke box of cartoon voices. If curious, please google her.

Lara is delighted Things I Am Not has given her the chance to return to writing, one of her first loves! In Italy, she had poetry and short stories published in several publications, and one of her English short stories, Saturday Afternoon was shortlisted, published and recorded as audio by On New Street Anthology.

Finally, Lara is a founding member of Migrants in Theatre, check them out!

Lara finds it really weird to write her bio in third person.

Emmanuela Lia started acting at the age of 14 for the National Television in Greece and gained her BA in acting from Veaki Drama School (GR), she also studied at Stella Adler Studio of Acting (NYC) and BSA (UK). Before she came to the UK she was working for the National Theatre of Northern Greece, a number of television series and two international film collaborations with Martin Scorsese as the executive producer on one (Brides).

In the UK, she has performed in West End, off West End and Fringe venues (The Yard, Jermyn St. Theatre, the Hope among others) and she completed two residencies at the Barbican Centre and The Lyric Hammersmith as a member of the HTC Theatre Company.

She was a member of the all-female, Shakespeare, company ‘Dangerous Space’ directed by Barbara Houseman.

She has performed at the Barbican Centre as a member of the durational performance Second Movement in the Barbican Lake under the direction, and for the exhibition of, the Icelandic artist Ragnar Kjartansson.

Emmanuela has created and hosts a podcast on etymology and language ‘Your Greek Word on a Sunday’. Currently, on its fourth season, the podcast has a growing fanbase with over 12.000 listeners to date.

Emmanuela is fully trained in Greek Drama (part of her BA) and also works as a theatre translator (published in Greece).

Daiva Dominyka is a Lithuanian actress, theatre-maker and environmental activist trained in London (Central School Speech and Drama, MA in Acting at East 15). She’s a long term LegalAliens collaborator and has been part of the “Migration Harbour Europe” series.

Daiva has been working intensively with Extinction Rebellion and has performed at Oxford University and Edinburgh Festival (Summerhall).
At the moment Daiva is undertaking studies in environmental justice at the University of East Anglia and creating an embodied social justice programme ‘Waking up the human’. She is currently working in #ThingsIAmNot and is very curious to explore audio and visual format.

Laura Rouzet is a french visual artist and dancer based in London, her work evolves across a multidisciplinary practice, combining digital art, movement study, text, sculptures and textile.  Influenced by readings on posthuman ontology and mythological narratives, she crafts bodily and visual language to question our human status in relation to otherness and norms. With a professional and academic background in Fashion Design and a Master’s degree in Dance and Creative Practice, the articulation of her work lies in the exploration of possibilities that a transdisciplinary practice offers. Her works take fluid formats from performances to digital pieces or sculptural installations. Laura Rouzet’s works have been shown in different venues and exhibition spaces such as Gerald Moore Gallery (London), The Place (London), Deptford X (London), BF Film Festival (London) or the festival NodoCCS (Venezeuela)…

Laura Rouzet has recently been commissioned by the Arts Council England funded online art platform Skelf, to create new work across movement and digital art, that will be exhibited online in June 2021. Alongside her contemporary art practice, she is currently working as a visiting lecturer at Trinity Laban Faculty of Dance and has joined Legal Aliens in January 2020 as a visual artist. She is currently creating digital artworks in response to the podcast #ThingsIamnot. You can find more about her work at www.laurarouzet.com

Catharina Cecato Conte is an actress, performer, producer, theatre teacher, editor and voice-actress. She graduated in Audiovisual Production at PUCRS in 2011. In 2015, she graduated in theatre with an emphasis in acting at UFRGS. Her conclusion work was HOW TO SURVIVE TO THE END OF THE WORLD, inspired by short stories of Miranda July. The monologue received the Açorianos Award for Best Revelation Actress in 2014. The show has been presented in Porto Alegre for several seasons, participated in the festival Fringe Curitiba and was also presented in April 2017 in New York, in the cultural space Jimmy’s 43. She participated for two and a half years in the academic research “The actor’s work for the radio vehicle” as a scholarship holder of CNPQ, with the guidance of Professor Dra. Mirna Spritzer. She also received prominence as a researcher at the 2014 Science Initiation Hall Award of the university.

Catharina has also studied acting at the New York Film Academy in 2010 in Los Angeles. In July 2016, she studied with Berty Tovias in Barcelona, ​​deepening her knowledge about the technique of Jacques Lecoq. She teaches theatre for beginners since 2011. Since 2015, she has been working with voiceovers of video-games. Since 2016, she gives workshops to empower disinhibition professionals in the field of communication. In September of 2018, she moves to London where she worked in projects such as: “Sarah’s Secret”, ficcional series for UNRD app; music video for Flawes, by Blindeye Films and Red Bull Records, “Blood and Guts in High School”, performance directed by Tom Ward, and others. In 2019, she acted for the film “Terror London”, by Tom J Kelly and “Aurora”, by Nadjana Panto. In 2020, in VAULT FESTIVAL, she performed in CLOSED LANDS, directed by Becka McFadden and produced by LegalAliens Theatre. She is currently working in #ThingsIAmNot as Social Media Strategist and also is part of the Young Directors Programme Residency by StoneCrabs.